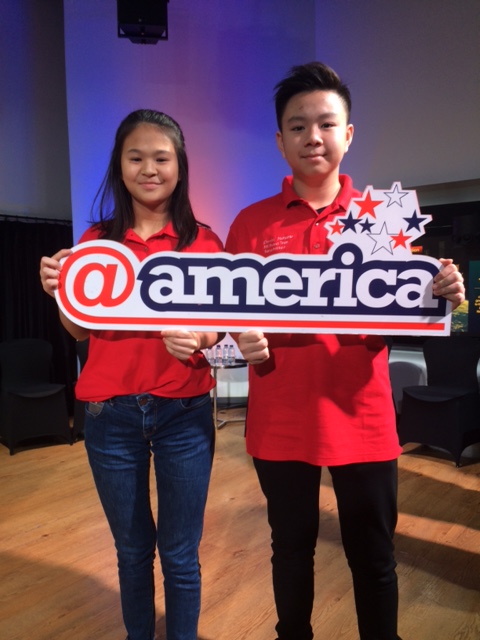 Rice is rich in protein, with a good balance of the essential amino acids needed by the human body. In most of Asia, rice is not only the staple food but also the main ingredient and centerpiece of every meal. Nowadays, rice production systems of the region have over recent years become increasingly threatened by the effects of climate change. Changes in temperature regimes greatly influence not only the growth duration, but also the growth pattern and the productivity of rice crops.

In Indonesia, the total damaged area and production losses because of flooding. Predictions show that there are may be a further decrease of 3,8 percent in rice production in Southeast Asia under the climates of this century, because of water scarcity and increased temperatures. By 2100, Indonesia, Philippines, Thailand and Vietnam are projected to experience a potential fall of about 50 percent in rice yield, assuming no adaptation and no technical improvement.

Based on this facts, two BINUS SCHOOL Simprug students –Derrick Harianto (grade 9) and Natasha Harianto (grade 10) create an idea to grow paddy in outer space which this outside the box plan was also delivered to fulfill the NASA experiment platform about growing seeds in space. We have interviewed them to explain more detail about this paddy project for NASA and below are their answers:

How this experiment happened?

Firstly, me and Derrick was chosen by Surya Institute. We were put in team of 10 people from high school around Jakarta, Bandung and Jayapura to create a microlab. Our experiment in the microlab is to see how paddy can grow in a place of zero gravity with no sunlight. It stored around October and our microlab was launched to the International Space Station (ISS) on March 23, 2016. We will be analyzing the results from earth and comparing it to a prototype we made. The paddy idea was invented by our 10 team and for the two of us joining this project was our initiative which finally me and Derrick got chosen by the institute.

How this paddy seeds got tested?

In the microlab, we placed the paddy seeds in a small chamber that also has germination paper. A waterpump that you also connected to a waterpark will supply the paddy with the water it needs to grow. There is a microcontroller that functions by arranging what part of the system will work at what time and for how long. For example, we have a small camera and a LED light that only works and takes pictures based on the time slot programmed in the microcontroller. The same thing is for waterpumps, where every two days we will receive pictures from the microlab and then we can evaluate the growth of the paddy from earth.

How these sister and brother collaborate on this project? Both Natasha and Derrick collaborated for the microlab itself. They were designing how things such as waterpack and microcontroller would fit in a small space. Create the waterpack, testing whether the waterpump well function or not. This NASA project was the first big project collaboration for them.

“We feel really proud to be a part of this program and thankful that we have the opportunity to represent Indonesia. We also learned new scientific concepts like Derrick got learned how to solder pcb board. We feel this project will bring a lot of benefits to people in the future,” said Natasha and Derrick.

By the end of this project we will comparing the difference between the paddy growth on earth and in the International Space Station. Furthermore, Natasha and Derrick will attending the Annual Conference of the American Society for Gravitational and Space Research in Washington DC on the next November 2016. “We hope this experiment would be successful and within this small step others students in Indonesia will be inspired and continue on doing projects like this,” said Natasha and Derrick. 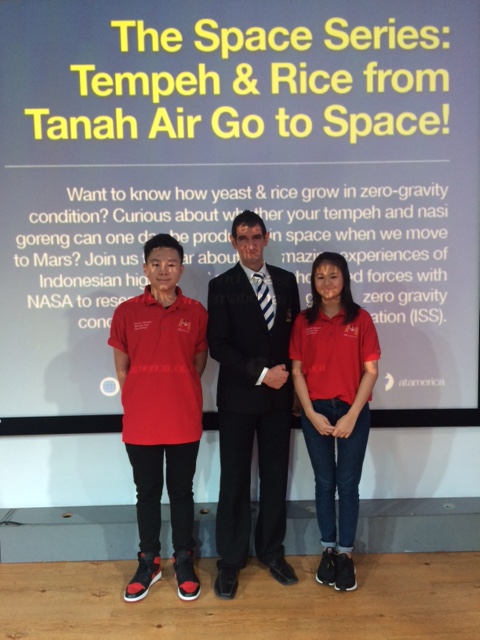 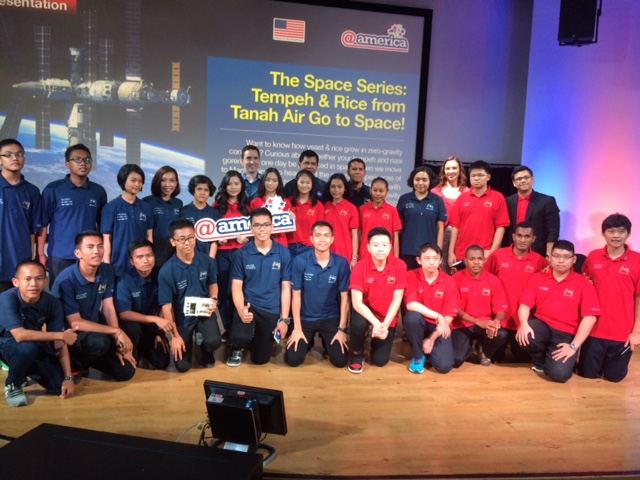 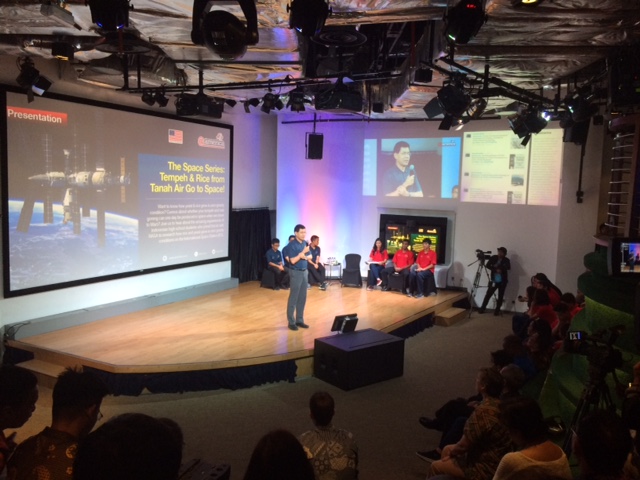 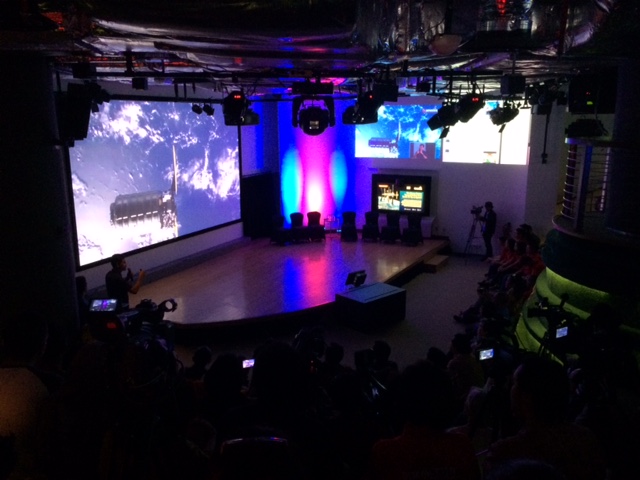