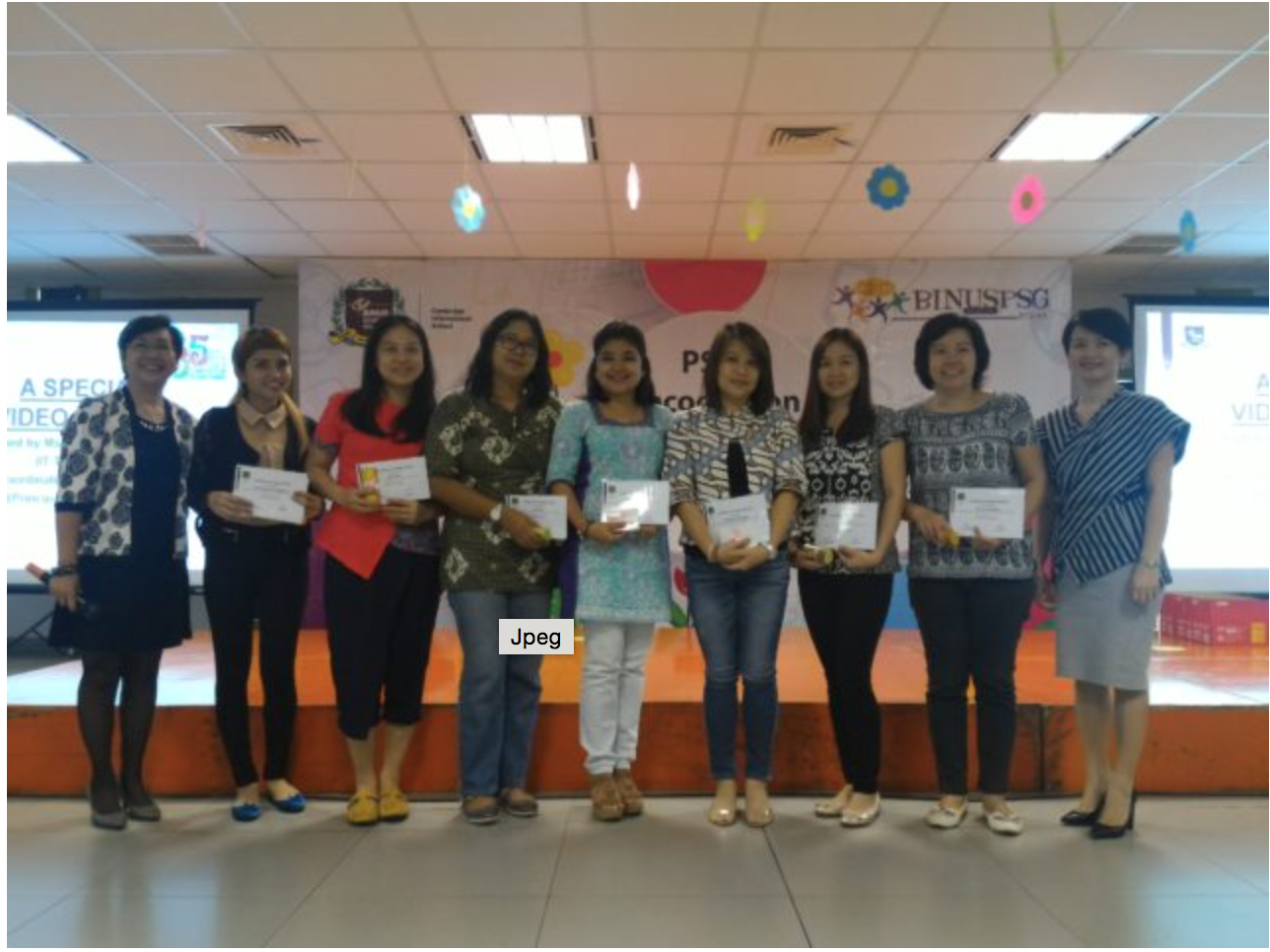 Serpong, May 26, 2016 – “Together we can. Shoot the moon; stop the rain even ride a hurricane”. This is a part of The Cheetah Girls’ song which represents BINUS SCHOOL Serpong’s ECY/EL PSG (Parent Support Group) Team clearly. In the PSG Recognition event, BINUS SCHOOL Serpong  thanked each of the PSG Officers, Grade Representatives, and Class Representatives. They are truly Wonder Women who have accomplished a lot of milestones in assisting the school in nurturing ECY/EL students.

Joy, laughter, cheer, and happy tears colored the PSG Recognition event. Those wonder moms have become close friends during the Academic Year 2015/2016 through sharing moments together for PSG events. Ms. Yuko, the PSG Chairman gave a heart-touching speech today. She said, “I sincerely thank every member of the team for your contribution throughout this year. I believe that those hard works were your contribution from deep inside your heart.”

As an appreciation from PSG, GR and CR hard work, BINUS SCHOOL Serpong through Ms. Elsie and her team gave several gifts, such as certificates, tokens, face-printed pillows, and flowers.  Then a cake and some drinks were also prepared for the wish &  toast for the PSG Officers. What a celebration!

At the end of the event, the Parent Officers & School Executive Committee also took the time to elect the new chairperson for AY 2016/2017. The lucky super mom is Ms. Brilyantini. She has just joined the PSG team this year. However, she got the most votes from all the other nominated candidates.  Congratulation Ms. Brilyantini and good luck!

From the experience of these super mothers, we could not agree more with The Cheetah Girls’ “Together We Can” song. They have proven that when a team works together, they could walk into space and save the human race.